Welcome to our Optical Shop! In addition to the comprehensive ophthalmology service, our practice features an in-house optical center with a wide variety of stylish and functional frames . You can choose from elite designers or stylish alternatives. We carry fun and trendy frames for children and teens.

Southeast Idaho is the home to many outdoor enthusiasts of all ages. The Optical Shop is place to find exactly what you are looking for and all the top brands for the great activities you enjoy!

Crystal is the smile that will greet you in The Optical Shop! She has an uncanny knack for knowing which frames really look good on you and she is always delighted to fit them properly. No matter if it’s mountain biking or reading, you can be sure that Crystal will find the right fit for your lifestyle. Her vast experience provides you with “preferential treatment” reminding you, that you are part of the Pocatello Eye Care Family! 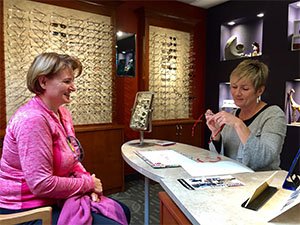 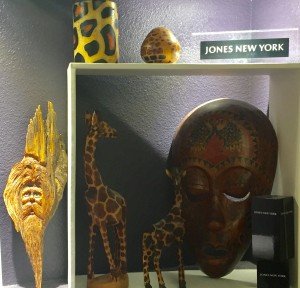 Jones New York has been an established, high quality American brand for more than 40 years! High fashion partnerships have added an extra seal of approval to this quality brand. Jones New York eyeglasses are a perfect fit for almost any scenario or situation. Wearing these frames gives your appearance that classic, yet modern vibe which allows you to transition from a business to a casual environment without a second “glance”! Distinctively American designs, clearly defines the essence of the Jones New York Label. These frames hit the mark for a wide range of fashion statements, making a selection easy and distinctly personal. 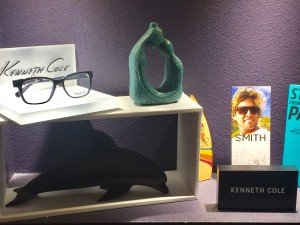 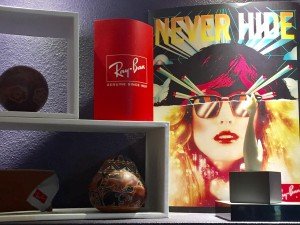 Ray-Ban was founded in 1937 by the American Company Bausch & Lomb. In response to a request from the US military the aviator glasses were developed when pilots reported headaches and altitude sickness due to the intensity of the hues in the sky. This resulted in the invention of the anti-reflective coatings with green lenses, cutting the glare without obscuring vision. Taking their innovative work to another level, Ray-Ban redeveloped its lenses and frames to benefit sporting enthusiasts, voila, the Outdoorsman. James Dean made the Wayfarer popular, in the 1955 movie “Rebel Without A Cause” and do you remember the “wrap style” – the Olympian I and II –worn by Peter Fonda in “Easy Rider”, another classic. Not to be out shined by other actors, Clint Eastwood strutted his stuff in “Magnum Force” sporting, the Balorama. Does Luxottica sound familiar? Probably not, but we are sure you know “The Blues Brothers” (Jim Belushi and Dan Akroyd), “Risky Business” (Tom Cruise), and “Top Gun” (Tom Cruise). The largest eyewear manufacturer in the world – Luxottica, purchased the brand in 1999. In 2003 the company added the eyeglasses line, quickly adding the children’s line for young adults 8-12 years. The Kids line has proven to be one their most popular due to the impact protection and of course in the trendy styles young people love.

Veronica Bradley was born on August 9, 1909. The mother of Barbara Baekgaard, co-founder of Vera Bradley, Veronica was personally chosen by Elizabeth Arden, in the 1930’s, to become a model. It was Veronica’s grace and classic style that was the inspiration for the Vera Bradley trademark. In 1982, it was a fateful day, when two dear friends, Barbara and Patricia, were waiting for their flight noticing that the women in the airport were not carrying any feminine looking luggage. In no time at all the two launched a new company, “Vera”- after Barbara’s mother, who helped the two market and manufacture the new products. Demand for their products, massively increased and they are now recognized internationally! Based in Ft. Wayne Indiana, the company is committed to the highest quality, exclusive designs, and unprecedented customer service. The Vera Bradley foundation for breast cancer has raised $25.7 million in contributions and Vera Bradley is actively invested in Breast Cancer research and prevention. 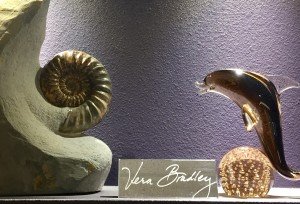 Smith glasses, were introduced by Smith in the fall of 2008, and have set a new standard for fashion and function! Did you know that Flex eyeglasses, flex sunglasses, goggles and readers are eligible FSA expenses and HSA expenses? It is simple to use savings accounts on HSA eyeglasses, FSA eyeglasses, or flex sunglasses when shopping for prescription eyewear. 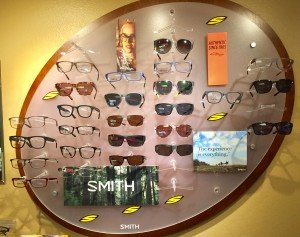 Call us today to book an appointment or with any questions you have.

View our services page to see all the services we offer.

Check out our FAQ’s for commonly asked questions about our procedures or fill out our quick contact form to get answers to your questions.